Award winning author, G. Richard Hoard has four published books to his credit, as well as numerous newspaper columns and screenplays. Most of his fiction is born of his southern roots and his own coming of age in the 1960’s. His father was murdered as he worked to shut down bootlegging and car theft rings in rural Georgia. Hoard draws from those memories of troubled times, when leaders were targeted for assassination, and racial segregation was the norm.

His writing has been described as dark yet redemptive. His themes inspire hope, but are reflective of our human struggles with evil.

“The two books that inspired me to write,” Hoard says, “were written by the southern authors Harper Lee, Truman Copote, and Flannery O’Connor. I had no idea of the connections any of them had with one another, or even that they were southern. It just so happened I that theirs were the stories that captivated me.”

“Of course they are inimitable, but certainly influential.”

Hoard began writing his first book, “Alone Among the Living: A Memoir of the Floyd Hoard Murder” while he was still a student at The University of Georgia in 1973. “I’ve been at it ever since. I’m still hopeful I can get good at it before I die!” 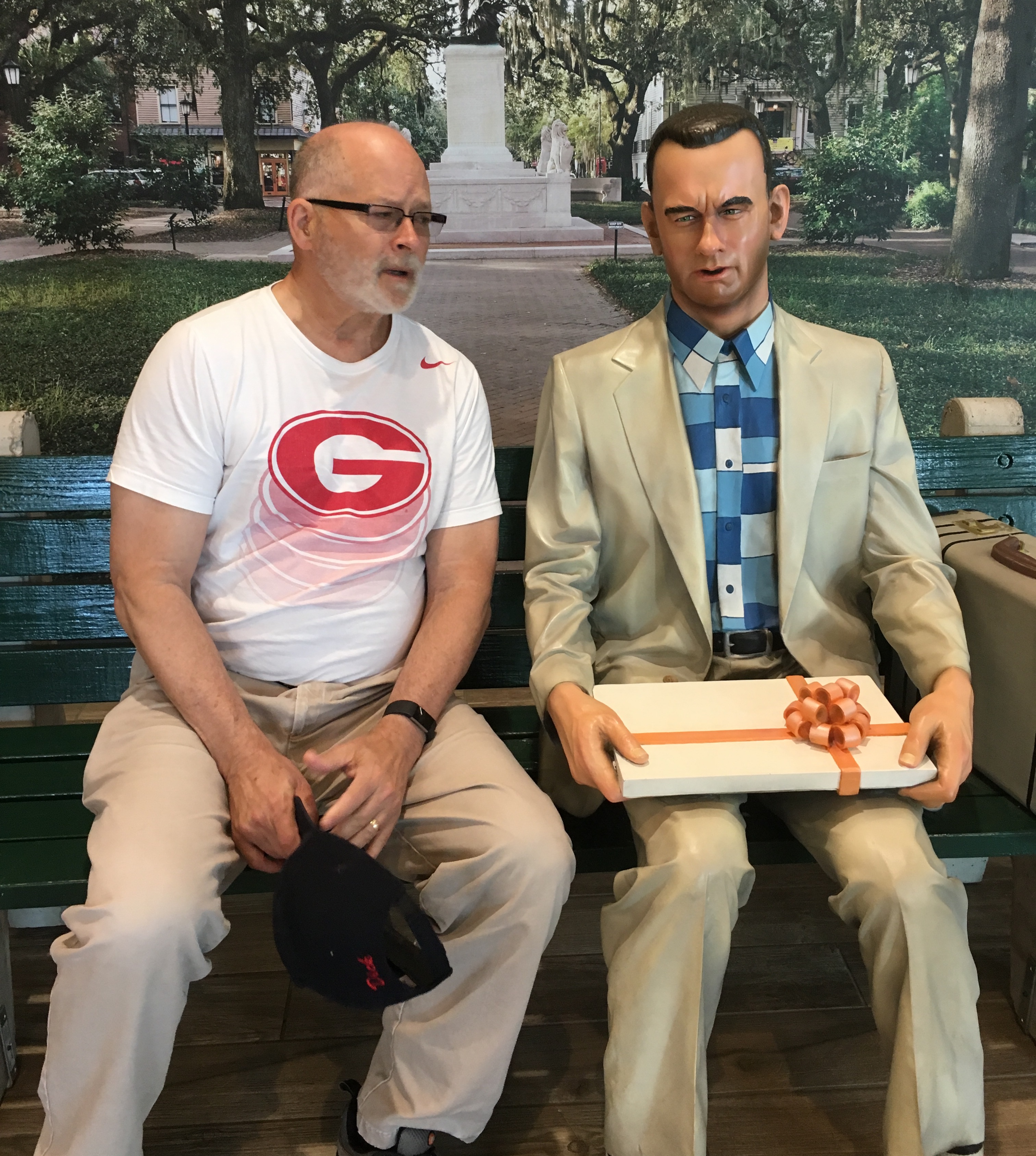 G. Richard Hoard (Left) has always enjoyed a good story from someone who tells it well.